The ORC technology is particularly suitable for the exploitation of medium-to-low enthalpy sources. It is a cost-effective solution with power outputs reaching up to 40 MWe per single generator for sources with water temperature from 100°C to 200°C or higher.

*3 plants are under construction 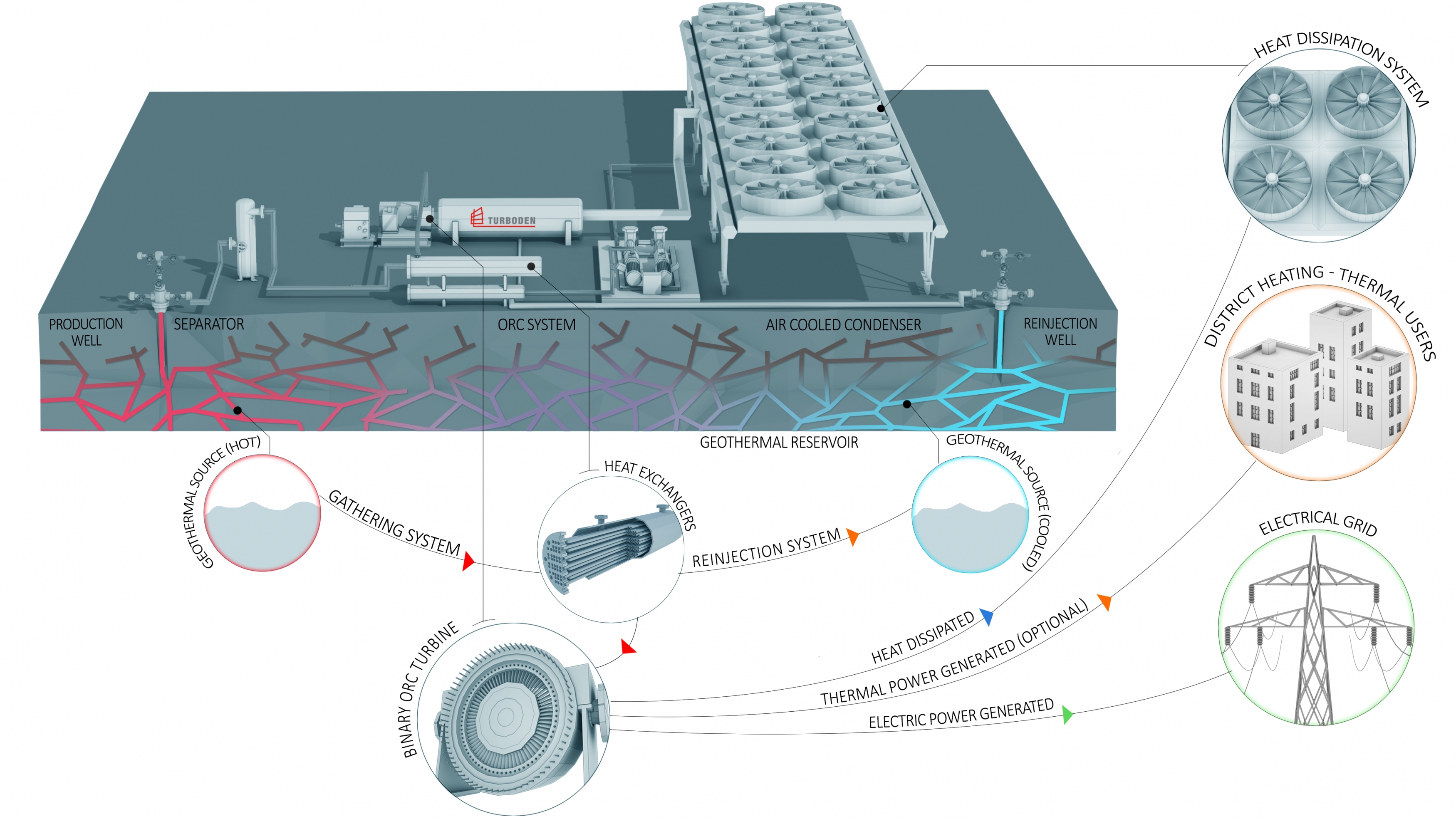 Heat from the ground can be used as an energy source and it can be found in many regions of the world, especially at tectonic plate boundaries or at places where the crust is thin enough to let the heat through. The most common way of capturing energy from geothermal resources is to tap into naturally occurring hydrothermal convection systems, where cooler water seeps into earth’s crust and is heated up within a reservoir. 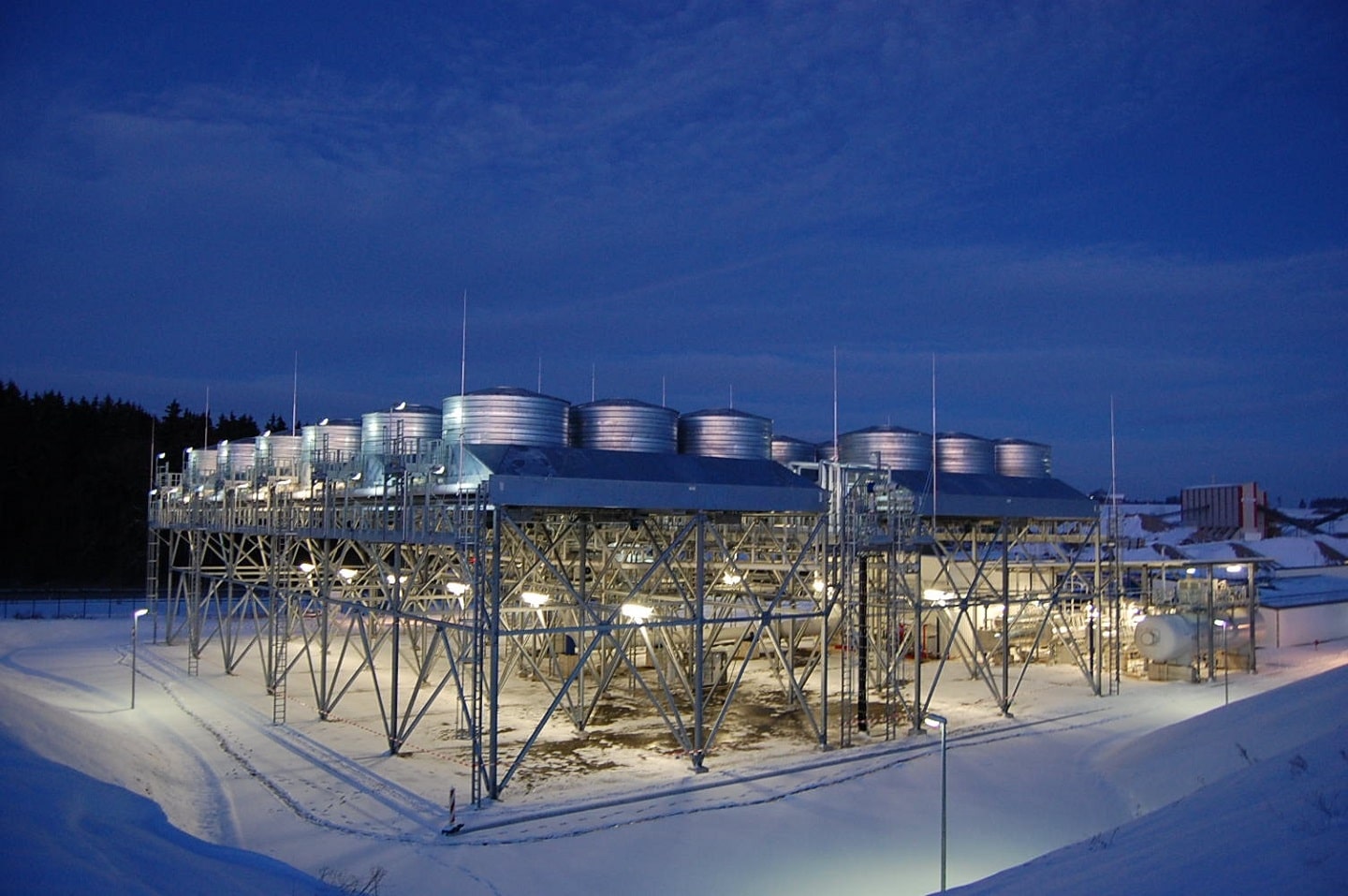 Binary ORC plants use heat exchange to exploit geothermal fluid to heat up and vaporize a secondary organic fluid that drives a turbine and produces electric power. In this way, the geothermal fluid remains within a closed loop of piping (from the reservoir to the reinjection) without passing through the turbine, with no harmful emissions into the atmosphere. The heat that is not converted into electricity can be delivered to a thermal user or dissipated through a suitable cooling system. ORC is very effective for exploiting resources with high steam fractions at locations where it is not convenient to collect and deliver all the fluids to a centralized station, but preferable to employ modular well-head units. Existing single-flash power plants can be improved by adding an ORC system on the separated brine stream, before reinjection. This makes it possible to produce more power from the same geothermal resource.

WHY SELECTING A FLUID DIFFERENT FROM WATER

By selecting a “lower boiling fluid” rather than water it is possible to efficiently exploit also heat sources within the range of 100 °C to 200 °C. Thermodynamic cycle configurations, which are inaccessible in the state diagram of water, can be obtained with organic fluids having different parameters, and with high efficiency.

GEOTHERMAL
Do you want more information about this solution?
CONTACT US